Renee Chapman has music in her blood, having descended from a long line of performers. In fact, her grandparents met while performing live on a 1930s radio show. Gifted with a golden soprano voice and a sparkling onstage presence, Renee’s earliest voice teacher was her mother, Joe Ann Sooter. Later, she studied classical voice with Louise Agal. Beginning at age 14, Renee began a 5-year stint performing professionally with a pop band at venues throughout Southern California. This onstage work led to roles in musical theater including favorites "Molly" Unsinkable Molly Brown, and "Mrs. Paroo" The Music Man. After graduation from Cal State Fullerton, she coached frequently with JoLane Jolley. Always seeking to improve her skills, Renee sought additional training in Choral Conducting and Vocal Technique. With a lifetime love of the choral arts, Renee has sung in choirs under the baton of John Alexander, Lex de Azevedo, Craig Jessop, JoLane Jolley, Brandon and Brett Stewart. Highlights include recorded performances in Jerusalem (at David’s Wall), Texas (Meyerson Hall, ACDA Conference), Maryland (Music Center at Strathmore), Utah (Tabernacle at Temple Square), and in Southern California (Renee and Henry Segerstrom Hall, the Crystal Cathedral, and Angel Stadium of Anaheim). Over the years Renee has conducted both children's and adult choirs in a wide variety of repertoire. An innate teacher, Renee taught at the high school level for six years and has developed a series of lessons for children focusing on  American musical styles.

Casie's love of dance began at the age of 3. She studied dance at Saddleback Dance Center in Orange County and began competing at the age of 6, winning many awards in the areas of Tap, Jazz, Lyrical, Ballet, and Pointe. At the age of 9, Casie developed a passion for Ballet. Starting at age 11 she was chosen to attend summer intensive Ballet sessions at Dance Aspen, Houston Ballet, Boston Ballet, and the World famous “School of American Ballet” in New York City. While studying at the School of American Ballet, Casie had the honor of dancing with Elizabeth Moss and Ashley Simpson.  Her master teachers included: Jilliana, Anne Marie DeAngelo, Darcy Kistler, Cheryl Ware, Suki Schorer, Ben Stevenson, Lauren Anderson, and Stefan Wenta. Casie then attended High School at the Orange County “High School of the Arts” where she studied along side Jodi Sweetin (Stephanie on Full House) and Michael Fishman (DJ on Roseanne). Casie also performed with “Ballet Pacifica” and the “Golden State Chamber Ballet”. While with GSCB, Casie was the Principal Soloist in their production of “Les Sylplides” and performed as the Vine Fairy in “Sleeping Beauty”. Casie is married and the mother of four children. She is very excited to instill the joy of dance in all her students here at And All That Jazz!

Peter Varvel is a former dancer-singer for Disneyland Resort and Princess Cruises. He had first met the wonderful students and performers of And All That Jazz at Temecula Valley Players. Recently, at TVP, Peter has had various opportunities to serve as dance captain, choreographer and movement director, as well as cast member and in ensembles. He is grateful to Jill Brodersen for the chance to work with such amazing students!

Daina started dancing at the age of 18 months in England, at Barbara Speaks Stage School. She moved to California when she was 6 and since then studied with San Diego Dance Center, Dance Machine, California Ballet and the Academy of the Performing Arts. Daina has studied tap, jazz, lyrical, modern, clogging, ballet, Irish step dancing, swing and ballroom. She has won numerous awards in dance competitions, beauty pageants and Irish Feis; including National Overall Highest Score, Regional Champion qualifier for Irish Dancing, Double Grand Champion and she was 1 of 5 dancers to receive a perfect score. Daina has performed with the 1st Tour of Celtic Fusion and was also seen in a commercial for Nike, print work for Compaq computers and in the film, Titanic. Daina is a USA Gymnastics Certified Instructor, Hands On Training Certified in Spotting with USA Gymnastics and Safe Spot Certified with the United States Olympic Committee. 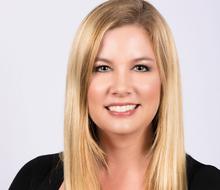 Elizabeth Langlois is a music and stage director, voice and piano teacher, and classical mezzo-soprano. As a director, Elizabeth has led productions of The Little Mermaid Jr., High School Musical Jr., Honk Jr. and The Star of Bethlehem and has directed the opera Amahl and the Night Visitors for Riverside Lyric Opera. As a musical director, she has recently worked with Temecula Valley Players on their productions of Hairspray, All Shook Up and Sister Act. She has worked with Fine Arts Network on their productions of Spamalot, Peter Pan Jr. and Annie. Elizabeth also works with the students of Temecula Preparatory School and has joined them in productions of Bonnie and Clyde, Catch Me If You Can, and The Light in the Piazza. Elizabeth is a graduate of CSU at Fullerton with a BM in vocal performance and has been privately teaching for ten years. With her private voice and piano students, she frequently designs fully-staged and costumed recitals in which students learn to perform a range of music including opera, operetta and musical theatre. As a performer, she has sung operatic roles with local companies including Riverside Lyric Opera, EL Dorado Opera and Capitol Opera. Favorite roles performed include 'The Mother' in Amahl and the Night Visitors, 'Lola' in Cavalleria Rusticana, 'Cherubino' in The Marriage of Figaro and 'Flora' in La Traviata. Elizabeth is thrilled to be on the team at And All That Jazz and looks forward to coaching students this season on vocal technique, singing in harmony, choral technique, music theory, rhythm and more. 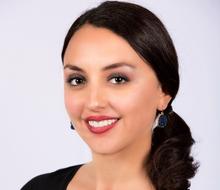 Jill Brodersen (formerly Jill Morrison) performed on Broadway in the Tony Award winning "Best Musical", MEMPHIS. She has traveled the country as a dancer, singer, actress, director and choreographer. Highlights include the First National Tours of MEMPHIS and Happy Days, representing Mattel as "Barbie" for corporate events; and feature films, television shows, industrials, commercials in both New York and Los Angeles. Jill's love for the performing arts began in the dance studio. She trained and competed locally, winning numerous awards, including the titles of "Miss StarPower" and "Miss Dance of Southern California" (DanceMasters of America). Jill graduated from the University of Arizona, earning a BFA in Dance and a BA in Media Arts. She then began her career locally, performing at venues such as Disneyland, Universal Studios, The Hollywood Bowl, The Queen Mary and most of the region's large musical theatre venues. Today, Jill performs live regularly, at local wineries, casinos and community events where she sings and plays keyboard. She is involved with various Theatre Companies, serving as Director and Choreographer for local productions, and on the Board of Directors for Temecula Valley Players. Jill won 8 Inland Theatre League Awards for her Direction, Musical Direction, Choreography and Performance in musicals with Temecula Valley Players and Tibbies Center Stage Theatre. She also won the National Youth Arts Award for Outstanding Choreography for Chicago and the Lucie Arnaz Award for Outstanding Choreography in Newsies at Chaparral High School. 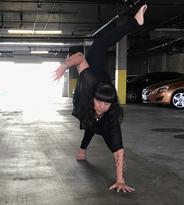 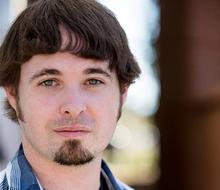 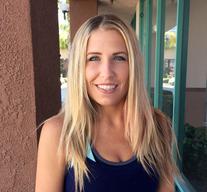 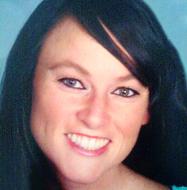 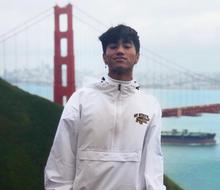 Kylie has been dancing for 32 years, she has been teaching Dance for 12 years. She is a choreographer and trained Dancer in Lyrical, Jazz, Contemporary, Modern, Tap, Acro, Gymnastics and Hip Hop. She moved to Los Angeles in 2005 to deepen her training and earned a scholarship to to train at The Edge Performing Arts Center. She also trained at several other dance schools including: Millenium, Debbie Allen, Culture Shock San Diego and Broadway Dance Center New York. She has performed with Unity LA, Formality, Hi-Fi, Mass Appeal, Carnival a Choreographers Ball, Avocado Dance Theatre and currently Calliopus Contemporary Dance Company. She has been featured in a Music Video with K-pop artist, BoA (2005) as well as multiple television shows including, So You Think You Can Dance Seasons 1 & 2 and Dance 360 on K-Cal 9. Since her return to Temecula, she has performed in several shows and musicals including: Passion of the Christ Ballet, Cinderella, Once Upon a Tutu, Nutcracker, A Chorus Line, All Shook Up, The Wedding Singer, Anything Goes, and Evita. Her choreography credits include, Fiddler on The Roof (Vista Murrieta High School), “Selfie Queen” Music Video (D.J- Cadie Cash), Passion of the Christ Ballet, and numerous solos for YAGP (Youth American Grand Prix). She is currently celebrating her third year coaching Gymnastics at Southern California Elite Gymnastic Association (S.C.E.G.A) locally here in Temecula and French Valley. She has most recently been choreographing Flashmobs for special occasions in Southern California. Inspired to deepen her training and love for movement, she recently finished her 200 Hour certification to be a Registered Yoga Instructor. She has now been teaching Yoga for 3 years locally in Temecula. Kylie inspires her students to embrace their individuality and lead with humility and passion.
​ 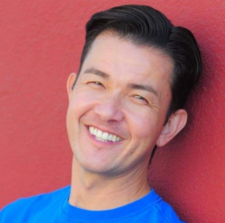 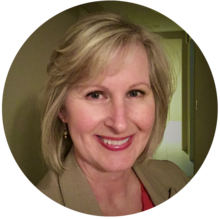